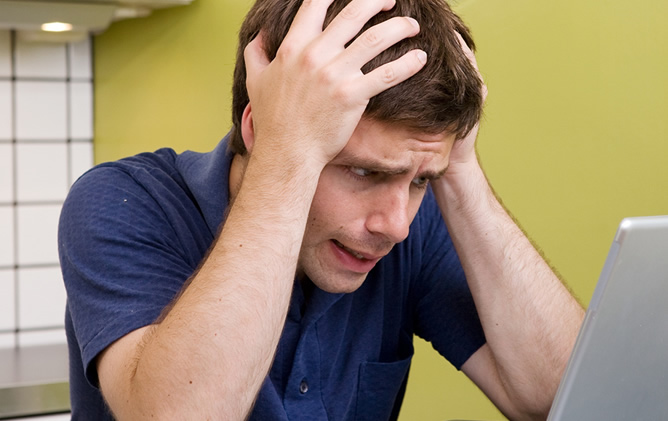 Mortgage lenders usually have mortgage penalty calculators on their websites. Here are the calculators for the largest lenders:

When you’re shopping for a mortgage, probably the last thing on your mind is mortgage penalties. If you’re a savvy homebuyer you’ll look for the lowest mortgage rate with a broker. While most closed mortgages offer some prepayment privileges (i.e. increase your payment or make lump sum payments), you’ll be hit with a huge penalty if you pay off your entire mortgage early. Before you sign on the dotted line, it’s important to understand your lender’s mortgage penalties – once you’ve signed it’s too late and you’re at the mercy of your lender.

Why Mortgage Penalties Matter
Before you sign for a 5-year fixed rate mortgage, it’s important to understand a lot can happen in five years. You could lose your job, decide to break your mortgage for a lower rate, accept a job transfer in another country, or get married and move to a bigger house. A mortgage shouldn’t be a life sentence – the last thing you want is a hefty mortgage penalty holding from living your dreams. If you have an open mortgage you can pay off your mortgage in full no questions asked, but with a closed mortgage you’ll be hit with costly penalties. If you have a mortgage over $300,000, your penalties can amount to over over $10,000. There are two mortgage penalties lender use – three months’ interest and the interest rate differential (IRD). It’s important to understand what they are and when you might have to pay them.

Interest Rate Differential (IRD)
You’re probably thinking mortgage penalties aren’t too bad. What’s the big deal? The second mortgage penalty, the IRD is a game changer. Unlike the first penalties, it’s a lot more difficult to calculate because it’s anything but straightforward. The comparison rate used to calculate the IRD is at your lender’s discretion. As mentioned, if you have a variable rate mortgage you won’t need to worry about this penalty, but for anything with a fixed rate mortgage the IRD is important to understand.

In the above example it may seem like a no-brainer to break your mortgage for a lower rate, especially when you can get 5-year fixed rate mortgages for as little as 2.79 per cent. The problem is the lower mortgage rates drop, the higher your penalty is under the IRD. As the name alludes to, the IRD is the difference between your current mortgage rate and your lender’s mortgage rate offered today to new homeowners. Your lender charges you the IRD as a way to recoup the interest they could have made if you paid your mortgage to the end of its term.

Let’s revisit the mortgage for $450,000 in the above example at 4.99 per cent. Let’s say this is a 5-year fixed mortgage and you have four years remaining on your mortgage. If your lender’s current 4-year fixed rate is 2.69 per cent, then you’d owe your lender: